THE CASTLES OF NORTH WALES

THE CASTLES OF NORTH WALES

Well, you can’t visit North Wales and not see at least one castle! Grab a slice of Welsh history and visit some of the most popular castles near to Gors-lŵyd… 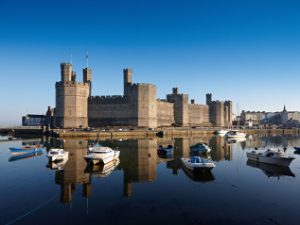 In the heart of Caernarfon stands Caernarfon Castle – the most famous of Welsh castles. It is remarkably well preserved and you can follow in the steps of Kings by exploring all it has to offer. The turrets and castle walls are accessed by ancient stairways. There are also selected rooms which are host to various exhibitions celebrating the castle’s history. Opening times vary according to the time of year. 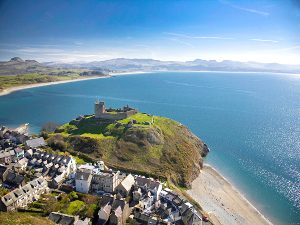 Standing on a rocky peninsula overlooking Tremadog Bay, Criccieth Castle is pretty much a ruin – so no big halls and spiralling staircases here – it needs a bit of imagination on your part!  The information boards dotted around tell of the ancient history of the castle. Open April-Oct daily. Nov-March Fri, Sat and Sun only. 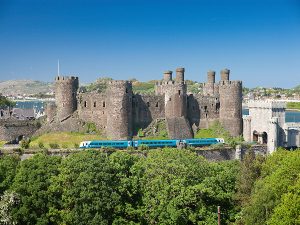 This castle sits above the walled town of Conwy.  Head up to the battlements to get the best of the breathtaking views over Conwy, mountains and sea.  Opening times vary according to the time of year. 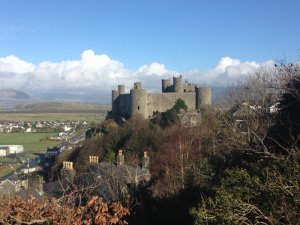 Harlech Castle still has its spiral stairs and battlements (some of the battlement walls are only shin-height so take care!).  Ships used to load and unload cargo at the castle, alas since then the sea level has dropped but the long flight of stone steps they used are still there.  Opening times vary according to the time of year. 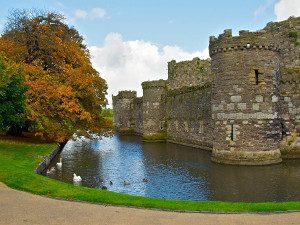 Beaumaris Castle is interesting in that it never got finished!  At the time, it was built as part of Edward 1’s “Iron Ring” of North Wales castles.  He ran out of money and supplies before it got completed – and most of his attention was transferred to building Caernarfon Castle.  However, Beaumaris Castle is still worth a visit as it is regarded as the finest of Edwardian castles ever built.  Opening times vary according to the time of year. 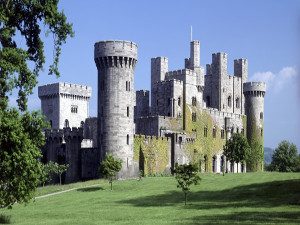 Penrhyn Castle is a great day out.  It is a country home built in the style of a castle, and it is under the care of the National Trust.  The large home has plenty of well-preserved rooms to wander around and the helpful National Trust guides are always on hand to give incites into the history of Penrhyn.  The Victorian kitchens are well worth seeing.  There is also a small railway museum, large gardens and a playground.  There are guided tours around the upper floors and rooftops throughout the day – the views from the rooftops are fantastic!  Many National Trust events take place here throughout the year.  Opening times vary according to the time of year.